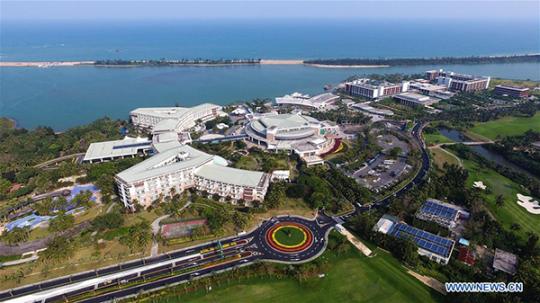 "We open the Secretariat's Haikou Office to recognize the valuable contributions of Hainan province over the past 20 years. The office reaffirms and reinforces our commitment to the development and prosperity of the province and its people. I look forward to more productive cooperation between Hainan and the forum as the office goes into operation," said Ban Ki-moon, chairman of the BFA.

Former French prime minister Jean-Pierre Raffarin, who is a member of BFA Council of Advisors, said that the BFA is a tremendous asset for Hainan, as it gathers global ideas and has promoted the balanced development of Hainan, Asia and the entire world.

"I do hope this brand-new initiative of establishing a BFA Haikou office will greatly enhance the close collaboration between Boao Forum for Asia and Hainan province," he said.

In May, the Secretariat of the BFA signed a memorandum of understanding with the provincial government of Hainan on establishing the BFA Secretariat Haikou Office to gather more international resources and contribute to the development of the Hainan free-trade port.