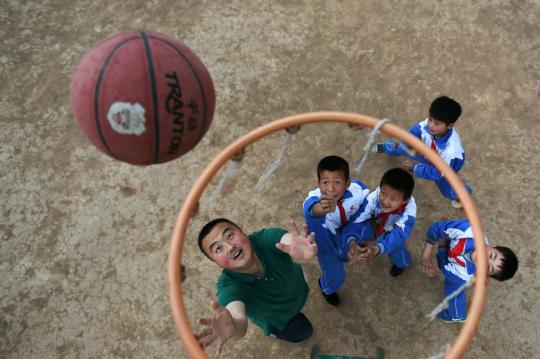 At 7 am, 68 teachers board four white buses in Longcheng, a town in Gansu province, for a drive through the mountains to 12 village schools.

After classes, they take the vehicles for the return journey to the town in Qin'an county, where they arrive at about 5:30 pm.

Just seven years ago, Hong Xiaojuan, one of the teachers, was sleeping on a bed made from planks in a cramped, mice-infested dormitory at a school in the village of Zhangwan.

"It's hard to imagine how I got through those tough times," she said.

Now married, the math teacher, 31, and her husband moved in 2016 into a free two-bedroom apartment provided by the local government at an educational park in the town.

Wang Xusheng, president of the park, said, "Dirt-walled faculty housing in rural areas that lets in the rain and the wind scared a number of teachers away in the past.

"Imagine just how frightened a young female teacher would have been living alone on an isolated rural campus at night after school. The free residences in the town have seen the emergence of many qualified teachers for rural pupils."

Before the educational park was built, Hong used to ask one or two students to accompany her to her rural residence at night.

Many schools in rural areas only have basic classes such as Chinese and mathematics, and in some cases English. But the new plan has resulted in 12 music, physical education and art teachers arriving at the village schools twice a week, on Tuesdays and Thursdays.

Zhang Wubin, a PE teacher who travels by bus and teaches at four village schools, has been impressed by a major change in one of his students. When PE lessons began at the school, the boy, who was always quiet and performed poorly in lessons, showed he had a talent for athletics. 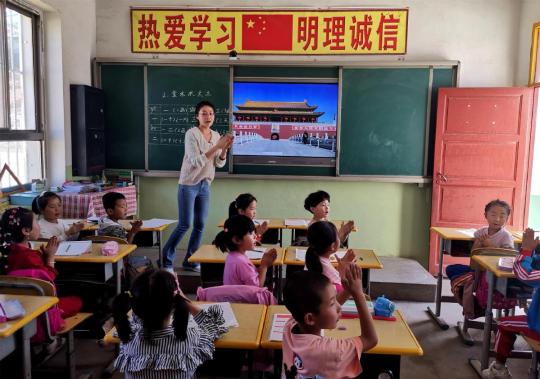 The pupil's confidence has grown and he has led the school team in a kung fu demonstration watched by hundreds of villagers.

Zhang said, "The lack of PE classes may have deprived some rural kids of the opportunity to show their athletic prowess."

He added that village pupils now embrace outdoor activities enthusiastically, but before he arrived to take the classes, the sports grounds and equipment lay idle, covered in dust.

Wang Fengfeng, a music teacher, has been warmly welcomed by his village pupils.

"Unlike their urban peers, rural children have found that the school courses are their only chance to get a feeling for the arts. Art and music relieve them of stress and boredom after they have studied for a long time."

Wang Liwei, a former researcher at the 21st Century Education Research Institute, said poor personal hygiene, along with the failure of parents to sufficiently supervise the television programs their children watch and the electronic products they use, is "depriving rural children of good health".

"It is important for rural kids to take art, music and PE lessons, especially PE," she added.

A survey of 253 schools in poorer areas of Gansu and Shaanxi provinces by the Rural Education Action Program, launched in 2012 by Stanford University in the United States, found that 24 percent of children in fourth and fifth grades in these areas have myopia. Many also have parasitic roundworms.

Wang Yaping, a mother of two, moved from the village to the town in 2011 so that her children could go to kindergarten. Her husband was working in a big city, and there is no kindergarten in the village.